Black Lung Disease Is On the Rise Again 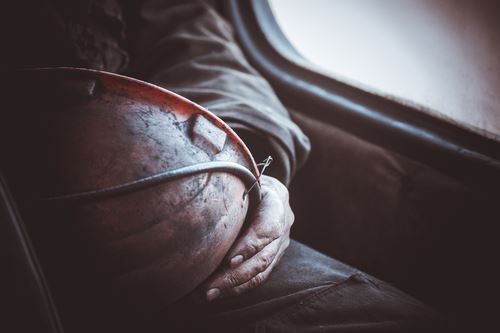 While black lung disease may seem like a health crisis of the past, recent reports have revealed a surprising resurgence in severe cases of black lung disease in coal country. Throughout the coal belt, in states like West Virginia, Ohio, Kentucky, and Virginia, more and more cases of black lung disease have popped up since 2013. Potential causes for the increase in black lung include longer work shifts, the mining of thinner coal seams in the Appalachia region, inadequate dust control measures and rules, and the coal company’s failure to implement and abide by mandatory health and safety laws and regulations. Another potential cause could be that the dust masks that the coal miners wore over their careers were defective and not effective for submicron particles.

A report from The New York Times claims that more than 400 coal miners seen in three different clinics in Virginia were found to have complicated forms of black lung disease. From 2013 to 2017 these cases were studied, and most miners were found to have progressed forms of the disease, which is characterized by thick masses of scar tissue that builds in the lungs.

David J. Blackley, an epidemiologist at the National Institute for Occupational Safety and Health, published his research about black lung disease in the Journal of the American Medical Association after he discovered that roughly 1 out of every 4 miners found with complicated black lung disease had only worked as coal miners for less than 20 years. Typically, such advanced stages of black lung disease are found only in miners who have spent their entire lives inhaling coal dust. Miners with advanced stages of the disease have two options, according to Blackley: wait for a lung transplant, or die.

Coal miners wear dust masks or respirators to prevent breathing in the dust that is created during the coal mining process. Inhaling coal dust can cause black lung. However, some dust masks may not be effective in preventing this disease and the warnings associated with the dust mask may have been inadequate. A Kentucky jury recently awarded $67.5 Million to two former coal miners who developed black lung and alleged their disease was caused by defective dust masks. The jury found that 3M—the manufacturer of the dust masks—manufactured and supplied dust masks that were defective and unreasonably dangerous. The jury further found that the 3M acted with reckless disregard and assessed punitive damages. The plaintiffs alleged that 3M knew the dust masks were defective back in 1972 but still advertised them as safe for full shift usage.

Fitzsimmons Law Firm is currently investigating black lung and product liability claims on behalf of miners that used a 3M mask, Model No. 8710 between 1972 and 1999.

Decades earlier, the 1969 Coal Act took action to protect coal miners, establishing dust limits in the mines and offering miners free chest x-rays every 5 years. However, black lung disease began increasing by 2000 when an advanced form of the disease developed, like due to the increase in silica dust. Due to a new mining technique that focuses on mining thinner coal seams, silica dust, which comes from finely-crushed rock, has increased in the mines. According to research, silica dust can be even more damaging than coal dust, leading to seriously damaged lungs at faster rates than ever before.

Under the Obama administration, additional safety measures were called for in order to continually monitor mining conditions, protecting the health of miners who inhale dust on a regular basis. However, the Trump administration has recently called to pull back those safety measures because of the high cost.

If you or someone you love has developed black lung disease after working in a coal mine, our firm wants to help. We have helped countless coal miners and their families seek justice and compensation for their injuries, and we want to support your case as well.