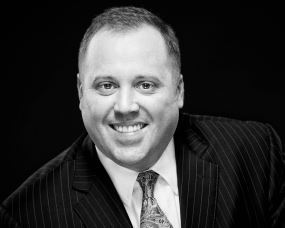 Rocky Fitzsimmons was named a Super Lawyer in Plaintiff’s Personal Injury for the fifth consecutive year. Rocky was previously recognized by Super Lawyers as a Rising Star from 2010-2013. Throughout his career, Rocky has obtained multiple million dollar plus settlements on behalf of his clients and concentrates his practice in the areas of personal injury, wrongful death, insurance bad faith, insurance coverage, debt collector harassment, West Virginia and Federal Fair Debt Collection Practices Act violations, oil and gas issues, and motor vehicle accidents. Rocky is also a bio-medical engineer and previously served as a West Virginia State Senator. 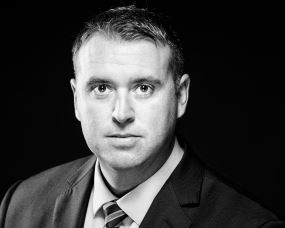 Brent Wear was named a Super Lawyer in Medical Malpractice for the second consecutive year. Brent was previously recognized by Super Lawyers as a Rising Star from 2012-2016. Brent concentrates his practice in the areas of medical malpractice, toxic exposure, insurance coverage disputes, and personal injury claims. Brent has successfully tried medical malpractice claims to verdict and achieved numerous multi-million-dollar verdicts and settlements on behalf of his clients. Recently, Brent obtained a $5.5 Million medical malpractice verdict on behalf of his client, which included the jury assessing $2 Million in punitive damages against the defendant hospital. Two additional claims in which Brent was instrumental in bringing to a successful conclusion resulted in recoveries of $180 Million (complex commercial dispute) and $50 Million (toxic exposure). Brent has also been named a Top 100 Trial Lawyer in West Virginia by the National Trial Lawyers. In addition to practicing law, Brent currently serves as one of seven members of the West Virginia Board of Law Examiners, which is an appointed position made by the West Virginia Supreme Court of Appeals. 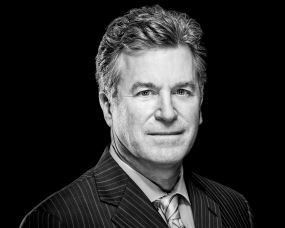 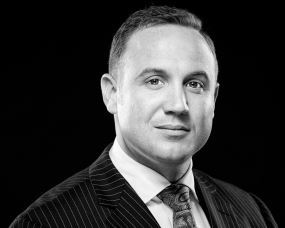 Clayton Fitzsimmons was named a Super Lawyer Rising Star in Product Liability. This is Clayton's sixth consecutive year being recognized as a Super Lawyer Rising Star. Clayton received his undergraduate degree from Cornell University—where he also played football—and his law degree from the University of Notre Dame where he graduated with honors. Clayton has litigated and obtained significant results in personal injury and wrongful death claims in multiple states and jurisdictions and focuses his practice in the areas of product liability, work-related accidents, toxic torts, commercial motor vehicle accidents, and complex litigation, including what is believed to be the largest recovery in West Virginia for a single "deliberate intention" claim as well as one of the largest wrongful death verdicts in the history of Ohio County, West Virginia. In addition to his recognition as a Super Lawyer Rising Star, Clayton has been named one of the Top 40 Under 40 Trial Lawyers in West Virginia by the National Trial Lawyers, where he also serves on the Executive Committee. Clayton is also a published author having co-authored a chapter in a medical textbook on neurological sports injuries.

Super Lawyers is a publication which uses a selection process to rate outstanding lawyers from more than 70 practice areas state by state. Lawyers are selected based on high degree of peer recognition and professional achievement. The annual selection process is multi-phased and includes independent research, peer nominations, and peer evaluations. Each year, no more than five percent of lawyers in each state are honored as Super Lawyers and no more than 2.5 percent of attorneys are recognized as Rising Stars, which has an eligibility requirement of 40 years old or younger, or in practice for 10 years.